Battleborn is Gearbox’s upcoming shooter and after playing the Open Beta I had some mixed thoughts on the game. Here are some of my impressions of the game so far.

While playing the Story mode for the first time, immediately I felt like Battleborn was a fusion of like three different games in one. It felt like a combination of the first Borderlands, crossed with Team Fortress (without the gore), and Loadout (also without the gore). All three of those games have a very cartoony aesthetic and it combines well with the comedy and chaos of those their gameplay. Battleborn captures the cartoon look but it is somewhere in the middle of cell shade and an animated movie. It looks similar to both but never quite fits as either. Quite frankly I disliked the aesthetic style of the game because it never fully delivers on the graphics to its full potential. This could also be because it is the beta and not the finished product, but for the most part I believe the graphics should be in place at this point. 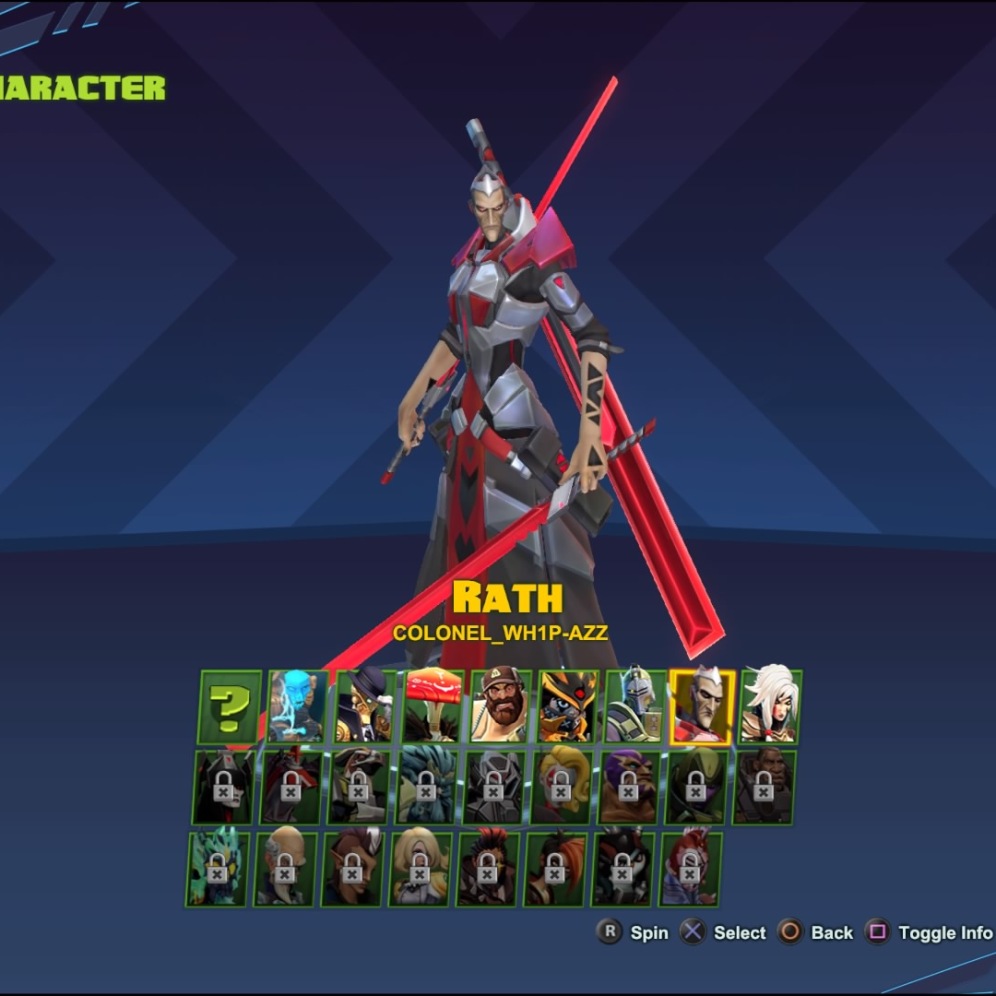 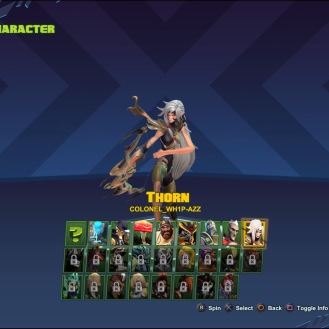 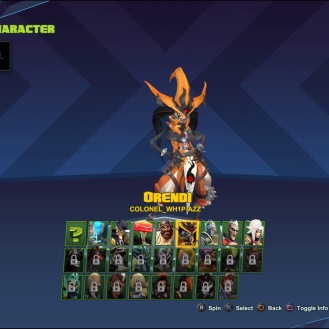 Next up are the gameplay mechanics. Battleborn has an amazing roster of characters and each one has different mechanics and gameplay styles. In my opinion this is where the game excels. Every character that you play has a unique feel and abilities that set them apart from the others. The game also tries to cater to all play styles by adding offensive or defensive upgrades to each character as they level up. This level of depth for each character makes exploring each one fun and exciting as they all have new things to unlock as you progress with them. For me this is the main selling point. I really like the amount of characters they have to offer and even though I only had a chance to play with about half of them, I was still interested in going back and playing my favorites.

The enemies and level design of Battleborn were other parts I was not too happy about. The game has lots of robot enemies in the first “Algorithm” level, which are fine to fight against, but I felt disappointed that some of the smaller ones looked like alternate versions of the Borderlands mascot: Claptrap. They each had one light in the center and little metal parts that looked like arms and legs, but the overall look reminded me of little Claptraps running around. To me this just seemed like recycled character design and I am just not a fan. The level design on the other hand fit the style of the game well in terms of visuals, but the mechanics to progress from one part of the level to the other were just done poorly. The game requires you to stand on platforms for about 10 seconds to unlock doors to progress to the next area. I feel that this kind of “sit-and-wait” mechanic to open doors would have been acceptable in the past but now it just seems lazy and kills the flow of the game. 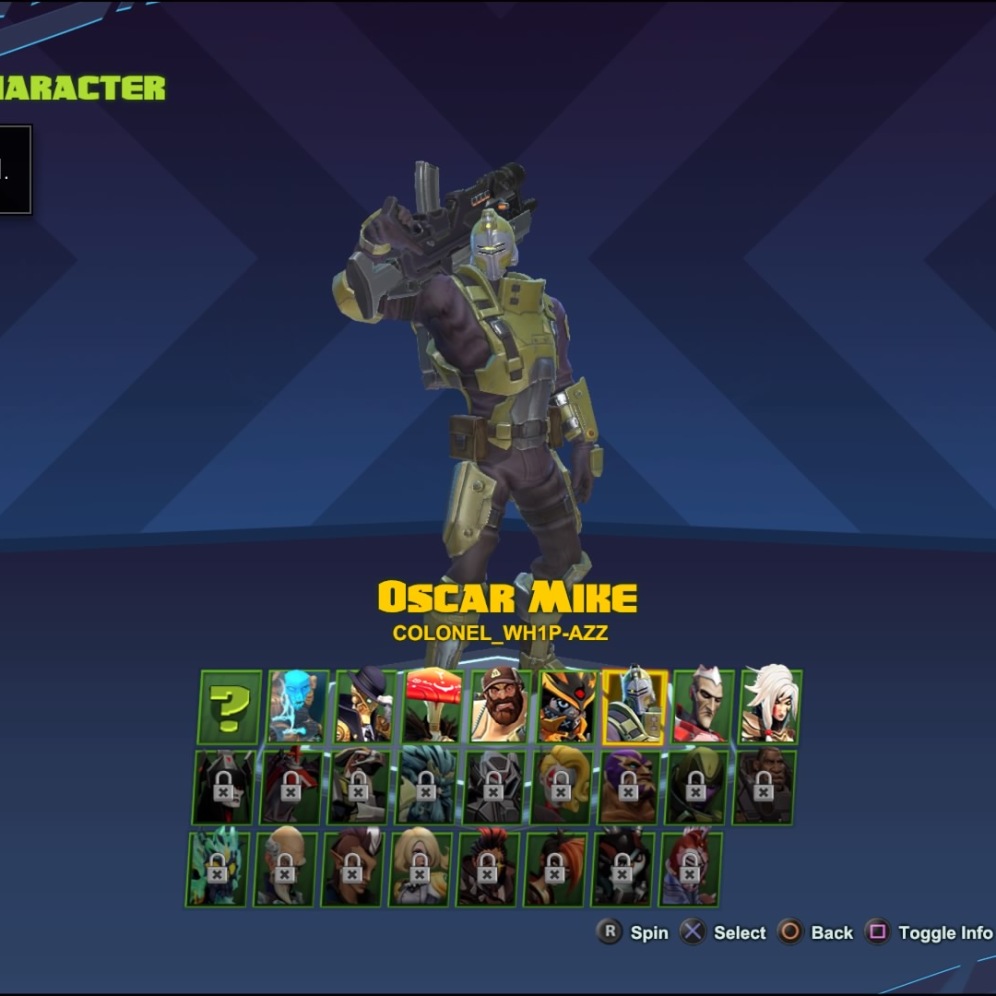 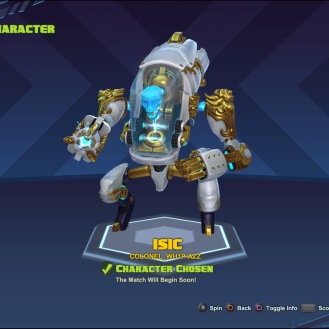 Finally, Battleborn is an interesting take on the shooter genre since it has many characters that fight with melee attacks rather then guns. It takes a little while to adjust to each character and find a flow with their ranges since each one varies. My favorite parts of the beta were unlocking new characters and trying to breeze through the levels as quickly as possible to level them up and see all of their abilities. Another great feature the game had was solid cooperative play in the story mode. On the negative side of things I was not of fan of the cartoony graphics, recycled enemy designs, and a few poor level mechanics.

I believe Battleborn is a great choice for fans of the Borderlands games, and has tons of potential to be a fantastic shooter/ hack and slash game. Battleborn does many things right, but falls short in a lot of areas that it should be absolutely dominating. What I feel is truly holding the game back is its Teen rating. This limits it from being as comical as it can be and as artistically vibrant as the Borderlands series before it. What I also did not understand though was that the game had tons of bleeped out curse words that were really adult oriented and funny. It seemed it was written to be rated Mature but they blocked it out because of the rating.

So there you have it! These are just my thoughts on the Battleborn Beta, and not a reflection of the results of the official game. Hopefully many of the issues I had with it will be addressed and the end result will be a top selling game that pleases the fans. I also hope they add in a 3rd person perspective to the game, since the option would be nice addition for the sword wielding characters.

Hello and welcome fellow gamers! My name is Alex. I'm a hardcore gaming enthusiast, and writer/blogger from New York City. I have been gaming since childhood and it seems to be my calling in life. I created Inside A Gamer's Life to talk about games in depth and teach others that there is more to video games that they may not know about. Video games are an art form. As well I am hoping to teach as many people about living a healthy gaming lifestyle along the way through moderation to minimize damaging habits that can lead to game addiction and depression.
%d bloggers like this: